In this part BIRTH focuses on the biology of fertility, more precisely on the study of skeletal indicators of pregnancy and duration of the reproductive period, and the study of paleoobstetric and paleopediatric characteristics of women and newborns in the Early Holocene.

Number of pregnancies and the duration of reproductive period: the study aims to explore whether the Neolithic period saw an increase in the number of pregnancies and changes in the duration of the female reproductive period. The microscopic method of Tooth Cementum Annulation (TCA), developed in forensic and anthropological studies, will be applied in the analysis of teeth of female individuals in order to determine the number of pregnancies. Tooth cementum has shown that the width and degree of mineralization of incremental lines vary in women during pregnancy. More precisely, it is possible to distinguish the incremental lines which are formed during pregnancy (the so-called “crisis lines”) from those which are regularly formed. As a consequence, it is possible to calculate not only the number of pregnancies, but also the interval(s) between them. Although the TCA method has been applied in order to estimate the ageing profiles of human skeletal remains from archaeological sites, this method has never been used in studies of fertility of past populations.

Body proportions: the effects of female body proportions (especially the obstetric traits of the pelvis) and the effects of neonate body proportions in determining birth success are well known. Nevertheless, there is no data on these factors in the context of NDT. Our goal is to determine whether the Neolithic saw certain changes in body size of mothers and babies that could have had a positive effect on birthing. An examination of body stature, mass and proportions using standard metric methods of physical anthropology will be carried out on adults and neonates. 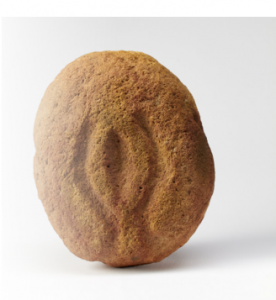 Paleoobstetrics: of utmost importance for pregnancy and birth are morphometric characteristics of the pelvis, because they can affect the success of the complete birthing process. Even though the difficulties of childbirth (or the so-called „obstetric dilemma“) have been extensively addressed in scientific literature, existing studies mainly focus on pelvic traits of early hominids whereas there is no data on NDT obstetrics. Geometric morphometric method will be employed in the analysis of variations in the pelvic bone. Health: the study of health status of prehistoric women is of great importance, as it is an outcome of their lifestyle, diet and the environment, but is also associated with the quality of fetal and neonatal development. On the other hand, the health status of neonates is a direct outcome of the health status of their mothers, and it will therefore provide valuable data on female health prior to and during pregnancy. Micronutrition: the diet plays a significant role in overall reproductive health of a given population, due to its effect on fetal growth and development, and its influence on health during pregnancy but previous studies have ignored the micronutritive values of diet. Given that the positive effects of Zinc, Iron and Calcium on fetal and neonatal development have been proved, we will trace the presence of these elements in our sample.